Upton House is a late Georgian, Grade II* Listed Building set within Upton Country Park, built by Christopher Spurrier between 1816-1818 on what was then the Upton Estate.

The Estate at Upton is one of the oldest sites in Poole, rich in archaeological remains especially from the Romano-British period, including a Roman Road between Hamworthy (Moriconium) and Corfe Mullen (Alavna), and a pottery kiln.

We know from records that in 1592 the Earl of Huntingdon owned the land; he sold Upton Farm and the Island, then known as Rookhey, to Edward Rogers, who in turn leased them to Henry Alye and Garwan Mallett, and later to Thomas Frampton and Thomas Young.

In 1652, Haviland Heely (later Hiley) and George Phillips, who were Poole merchants, purchased the farm and island.

The Spurrier Coat of Arms

Our story starts with Nicholas Carey of Fish Street, Poole and Upton Farm, and one of his descendants Mary Beale, the daughter of a former Mayor of Poole who became the first wife of William Spurrier.

The Spurrier family were engaged in the Newfoundland trade operating in the southern peninsula of the Avalon at Burin. William’s grandfather founded the business in 1672. Pride of the Spurrier fleet was a three-masted barquentine named “Upton” built in Newfoundland in 1787.

When William Spurrier bought the land, farm buildings occupied a site on a prominent knoll. William went on to be elected Mayor of Poole on four separate occasions between 1784 and 1802, and had always dreamt of building a mansion.

Mary died in 1782, and William then married Ann Jolliffe, from another merchant family in Poole. Their son, Christopher Spurrier (1783-1876) inherited the Upton Estate from his father and married Amy Garland in 1814.

Spurrier built Upton House between 1816 and 1818 ‘at great expense’ and, to impress his father-in-law George Garland, had the turnpike road diverted to enlarge the surrounding parklands. In 1825 he added the west wing. 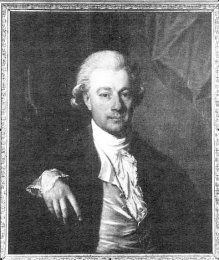 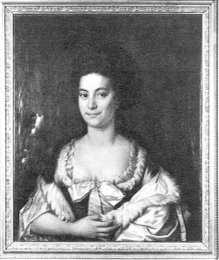 Christopher sought to acquire a seat in Parliament, and being a spendthrift and gambler, at the time that the Newfoundland trade declined with the end of the French Wars, his hand on the business faltered. He became MP for Bridport in 1820 (a position he held for less than 6 months), having mortgaged Upton House for £12,000 and sold his Compton Abbas estate for £16,513 to finance the campaign.

His marriage was under strain and he neglected both family life and business. In 1825 he was forced to put the house and island up for auction; it was eventually sold in 1828 to Sir Edward Doughty, formerly Tichborne. Paintings and plate went to pay off his mounting gambling debts and it is said that he wagered and lost his last silver teapot on a maggot race. Spurrier died penniless in 1876.

NEXT ... The Tichborne & Doughty period